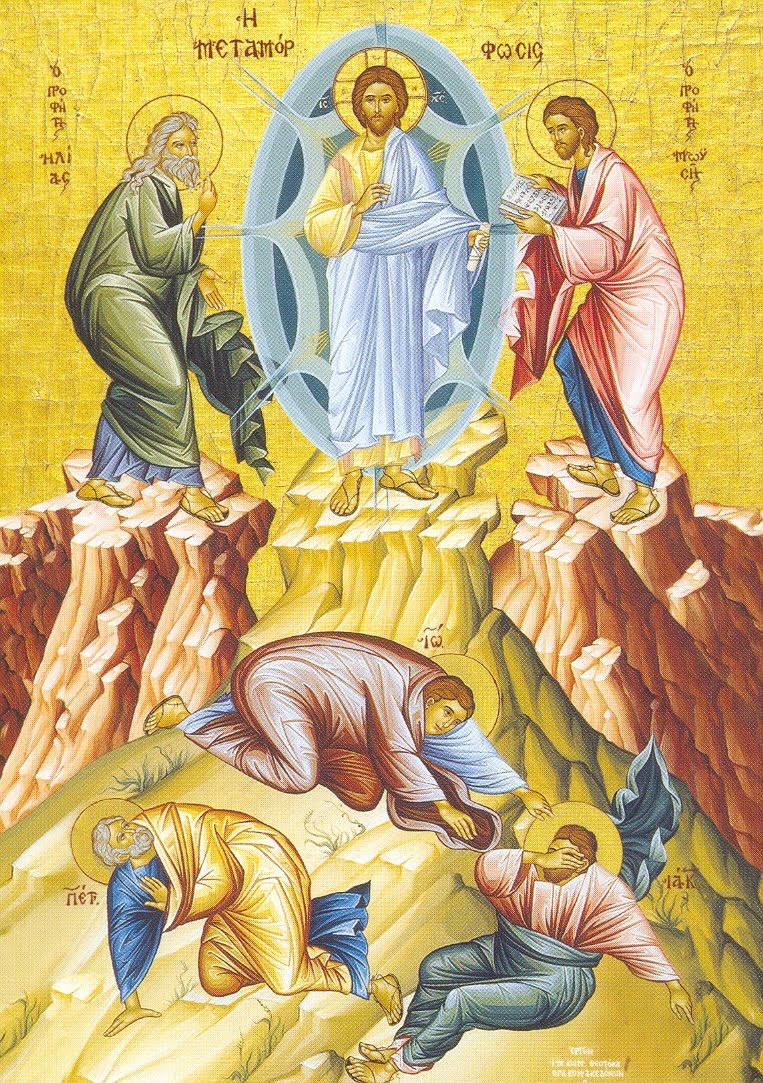 The Feast of the Transfiguration falls each year on August 6, but on the Last Sunday after the Epiphany, the Sunday before we enter into the Season of Lent, we come back once more to this glorious story.

The icon itself captures the drama of the story. Christ appears in dazzling white clothes surrounded by a mandorla—an almond shaped design (mandorla is actually the Italian word for almond) which represents the breaking in of the heavenly sphere into the earthly. On either side are Moses and Elijah, the great representatives of the Law and the Prophets, respectively. They stand serenely with Christ, talking with him. In some depictions they seem to be blessing him. The disciples appear to be thrown to the ground in confusion at this divine revelation of the truth of Christ's being.

The traditional icon was rewritten in the late 14th century by Theophanes the Greek, one of the greatest of all Russian iconographers and the mentor of Andrei Rublev. In his icon, there are three beams of light going from Christ toward the three Apostles on the ground. These beams symbolize one of the greatest and most ancient truths of the Transfiguration: this is not merely an event to behold, it is an experience of God into which we are invited.

As we celebrate the Transfiguration this coming Sunday, I hope you will remember this ancient truth: you likewise are invited to be transfigured by heavenly light, to be transformed into the divine presence of Christ in the world. As you finalize your own plan for the Lenten season, which begins with Ash Wednesday on February 26, remember that the goal of the Lenten fast is to open you ever more fully to the presence of God in your life, to transform you even more closely into Christ's presence on earth.

Because the divine light of God is always breaking into the world around us, if we have eyes to see. And the beams of that light are always touching deep within your inmost being, inviting you to be transfigured as well.

Read more in the E-Newsletter for Sunday, February 23, 2020 online here.